The Intersectionality Of The ASD and LGBTQIA+ Spectrums

April is Autism Acceptance Month, a time to increase understanding of people with autism, and to provide continued support, kindness, and compassion for the autism community. Acceptance is also a big part of Kaleidoscope’s mission to provide services for young people on the LGBTQIA+ spectrum of sexual orientation, gender, gender identity, and gender expression. April is an important month for us as we celebrate our clients who are on both the autism and LGBTQIA+ spectrums.

Several studies now show that there is a distinct intersectionality of the Autism and LGBTQIA+ spectrums. Intersectionality is defined as a crossroads where two seemingly different things overlap. For example, the research shows that a high number of autistic people identify as lesbian, gay, bisexual, transgender or queer as compared to the general population. “Most of the data that we are seeing is that the rate for autistic people who identify as LGBTQIA+ is two to three times higher,” says Clinical Psychologist Eileen T. Crehan, Ph.D., an assistant professor at Tufts University. But larger studies need to be conducted before the true rate is known, she says.

We also know that gender, like autism, exists on a spectrum. The two spectrums, gender and autism, are now considered to frequently overlap. A recent study revealed that gender identity (a person’s internal sense of their own gender) and sexuality are more varied among autistic people than in the general population, and autism is more common among people who do not identify as their assigned sex at birth. Research shows that children with autism are 7.6 times more likely to express gender variance. Clinicians and researchers have noted a trend over the last twenty-five years with increasing numbers of children who are seeking professional care related to gender identity who also identify as autistic or having autistic traits.

Overall, autism appears to be more prevalent among gender-diverse people. A larger percentage of autistic people reported their gender as being something other than strictly male or female, as compared to other people. Gender diversity is defined as an Identity beyond the male/female binary framework. A 2018 Australian survey of transgender teens and young adults found that 22.5% had been diagnosed with autism. Research suggests that people who have an autism diagnosis or autism traits are more likely to identify as transgender. One study found the rate to be 2 -3 times higher in people who have autism.

For some autistic LGBTQIA+ young people, there is a sense of isolation and of not belonging. Belonginess, as defined by Dr. Kenneth Pelletier, at the Stanford Center for Research and Disease Prevention, is “a sense of belonging that is a basic human need – as basic as food and shelter.” Dr. Pelleetier continues, “Social support may be one of the critical elements distinguishing those who remain healthy from those who will become ill.”

Our Kaleidoscope team understands that our autistic LGBTQIA+ clients may find some aspects of “belongingness” challenging due to deficits in social communication and difficulty initiating social interactions. Our hope is that our social support groups can be a resource for those who seek to belong in a community. Our online and upcoming in-person LGBTQIA+ social support groups, Pride Club for teens and Coffee Chat for young adults, offer a sense of empowerment and increased self-esteem for young LGBTQIA+ people, due to a kind, inclusive environment with non-judgemental peers.

Research proves that accepting behaviors by peers and adults such as respect, support, and kindness, can positively impact auitistic LGBTQIA+ young people as evidenced by higher self-esteem, better overall health, and a belief that they will be healthy, happy adults. 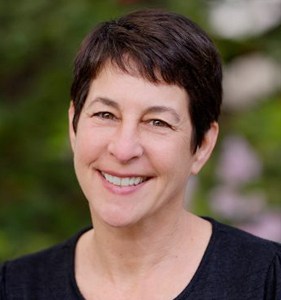 Jeri Rochman, JD, MA is the Program Director for Kaleidoscope and the very proud mom of a wonderful gay son. She is a National Board Certified Counselor, Certified Parent Educator and Trained Crisis Counselor. Interested in learning more about Kaleidoscope’s programs and services? Email her by clicking on the button below.

Email
What Does It Mean To Identify As Non-Binary?